In 1983, a bottle with a message was thrown at the edge of Lake Geneva (Léman) in the beautiful city of Nyon in Switzerland. In 2019, 36 years later, after a 20,000 km sea voyage, the bottle arrives in Tokyo to Akiko and Mayu, a mother and daughter family. They both travel to South Normandy in France to find out the truth. Akiko's husband Ren lives there, the same age as her father with his supposed girlfriend, Yuzuko.

Fundraising has been launched to support the expenses for Masaki Iwana's fifth independent theatrical film The Music Box of Nyon, based on his autobiographical essay written in 2000. It was modified again in March 2019, almost ten years later…

Please Support Us If You Can – Find Out More » 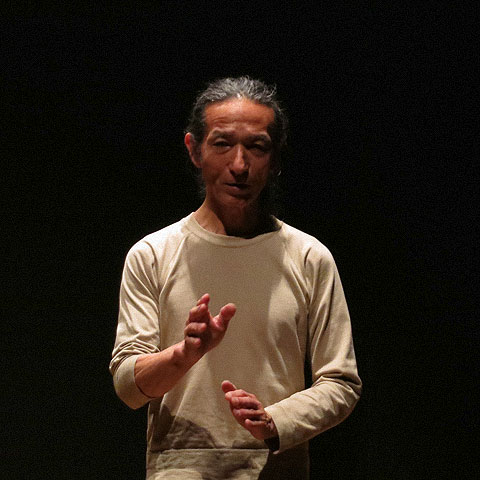 A surrealistic drama in which a Japanese artist Kamimura, disillusioned by the world and himself, combats and connects with the world before him – as he moves freely among reality, memory and fantasy through the three women who are involved with him…

66 years after Japan's defeat in war, a veteran actress, writer and essayist "T" becomes a recipient of the Medal of Honor of the Order of the Rising Sun. She receives several interviews to be aired in a special TV broadcast dedicated to her…

Kamimura is a Japanese dancer who lives in the Perche region of south Normandy, France. He has been living with two women, in a strange life, for the past few years. In early summer, June, a dance festival happens at the house of Kamimura. His wife Akiko who lives in Tokyo, arrives with the daughter Mayu…

Set in Tokyo in 1952, Vermilion Souls is a story of the dreams and realities encountered by a young boy who strays into a strange mansion while out chasing a flier dropped by an aircraft. Confined in the mansion are four adults suffering from an incurable disease which prevents them from being exposed to the sun…