“Those who have life, be modest.
Those who cannot move, raise your voice.”

The authority, who has never been violated by us, further demeaned the poor – discriminating like a bubbling joy. The trajectory of the soul of one aged woman, 66 years after Japan's defeat in war – could we call it terrorism?

A veteran actress, writer and essayist "T" (86 years old) becomes a recipient of the Medal of Honor of the Order of the Rising Sun. She receives several interviews to be aired in a special TV broadcast dedicated to her.

She is also requested to be an editorial supervisor for a mid-length film called Princess Betrayal, which they will air during the broadcast, as its main character was modeled after "T."

At an interview, she is handed a DVD of this film, yet on her return home, she throws it down onto the train tracks, feeling disgust for the film which was created based on what she has recounted in her essay about her experiences during the war.

After returning from her second interview, she sits in the park she frequents, and she impulsively throws away her medal into the trash bin. "T" awaits someone who visits the park almost every evening, always around the same time.

That "someone" comes – the person who was responsible for a nuclear catastrophe that terrorized Japan and the world since a year ago. For "T", this meeting is the moment that will afford her an opportunity to bring to action what she has prepared thoroughly this past half year …

“One thin and strong string of the solitude of a soul penetrates and weaves together the fragments of the past and present. A rare monologue drama …”

Masaki Iwana: Born 1945 Tokyo, Japan. He installed himself in France as a Butoh Artist in 1988. Since then, he has performed and taught in over 40 countries and over 100 cities. His first feature film Vermilion Souls (2008) and his second feature A Summer Family (2010) both received official selections from numerous international film festivals including the Rotterdam Film Festival. Vermilion Souls (2008) was awarded Best Film at the 2009 Portobello Film Festival in London.

Masaki Tamura: Born 1939 Aomori, Japan. Following his work with Iwanami Films, he became cinematographer of Sanrizuka (1973) by director Shinsuke Ogawa. Since then he has become a central figure in the Japanese independent film world, working with director Shinji Aoyama and various prominent directors. He has earned international acclaim as an important cinematographer.

Written and directed by: Masaki Iwana
Cinematography (The "Past" Version) by: Masaki Tamura 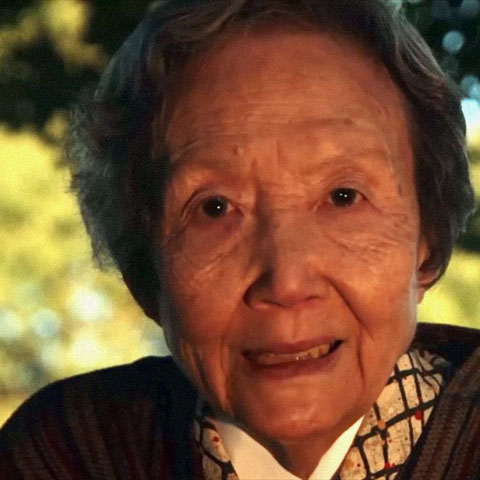